Art Edition of 75 copies (No. 76–150), each with the print Keith playing the piano, Copenhagen (1965) signed by photographer Bent Rej.
Each book will be hand-signed by the band members of the Rolling Stones: Mick, Keith, Charlie, and Ronnie! 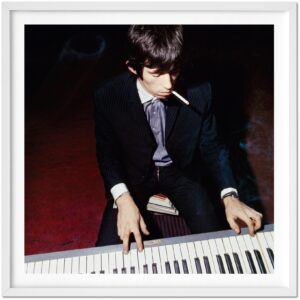