Translations of Mailer’s text are available in German (the translation dates from 1992) and now for the first time in Spanish and French
Limited to a total of 1,962 numbered copies signed by Bert Stern, this book is available as Collector’s Edition (No. 251–1,962), and also in two Art Editions of 125 copies each (No. 1–250). 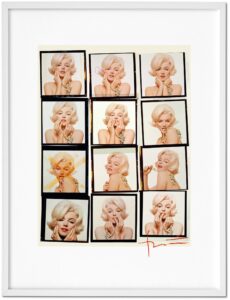